India which is a very ancient country. Many kings ruled for a very long time in different parts of India. Many kings had built many historical monuments in India. Due to which you see many grand forts, palaces, buildings, temples and places in every part of the country. Who is still standing with great pride and is representing the country. Praising the pride of this country.
Today, through this post, we are telling you about some such historical monuments, Historical Monuments of India. What makes this country great. 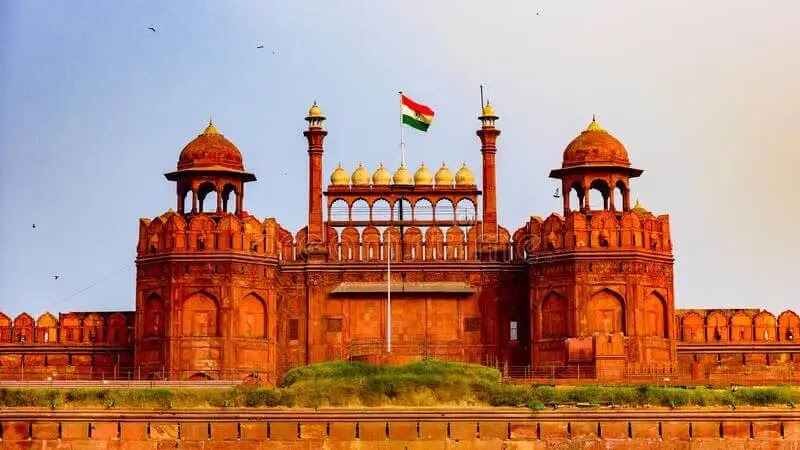 'Red Fort' which is situated in Delhi on the banks of river Yamuna in Delhi. The 'Red Fort' which is very famous in the tourist places to visit all over India. Where people not only from the country but also from abroad, come to see and understand this fort. This fort is a special tourist destination for tourists visiting India. The Red Fort, which is a historical fort, was built by Shah Jahan in 1648 AD. Every year since the independence of India, the national flag tricolor flag is hoisted by the Prime Minister of India on 15 August at this fort itself. 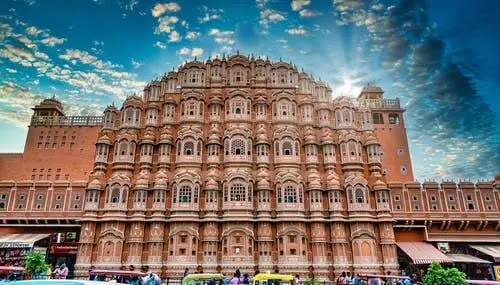 Hawa Mahal which is a major tourist destination of Jaipur. Hawa Mahal was built by Maharana Sawai Pratap Singh in 1799 AD. Hawa Mahal is a pyramid shaped building made of red and pink sandstone. Which is 50 feet above the ground. The name of Hawa Mahal is because of its amazing design, a total of 953 windows present in it. Cold air always enters the palace from the windows. Keeps the palace cool even in summer. This palace which is a five-storey building. Where the width of the top three floors is equal to a room. While the bottom two floors have only the courtyard. The main reason for the construction of the Hawa Mahal was to allow the Sahi Rajput women to watch the street celebrations through the windows. 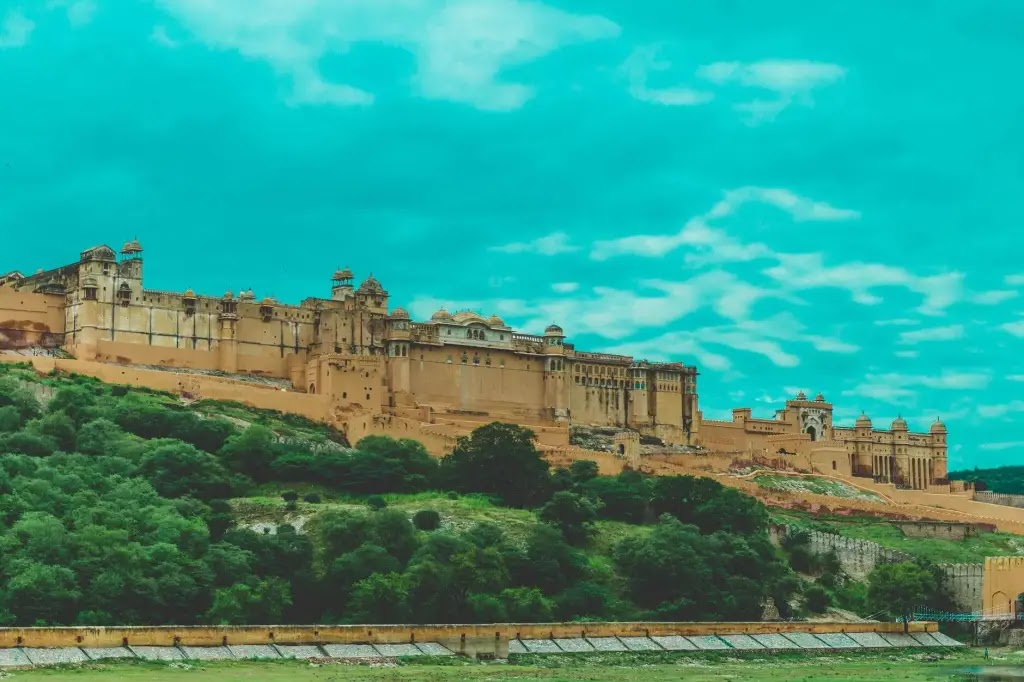 Amber Fort is also known as Amber Fort. This fort was built by Maharaja Man Singh in 1592 AD. This fort is made up of pink and yellow sandstone. This fort is situated on the top of Aravalli hills, at a distance of about 11 km from Jaipur City. There is a high and thick wall construction in a radius of 12 kilometers around this palace. Which was done to keep this palace safe. 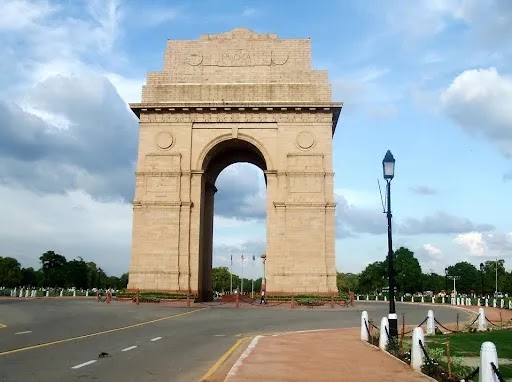 Whenever it comes to Delhi. Somewhere the image of India Gate definitely comes to mind. India Gate, located on the Rajpath Marg of Delhi, was built in the year 1931 in the memory of those 90000 martyrs. Who sacrificed his life in the Anglo-Afghan war with the First World War. The Amar Jawan Jyoti, located in the premises of India Gate, has been burning continuously since 1971. The lighting of India Gate is worth seeing in the evening. Every year India Gate which hosts the parade on 26 January. The Prime Minister of the country is also present to see this grand parade. 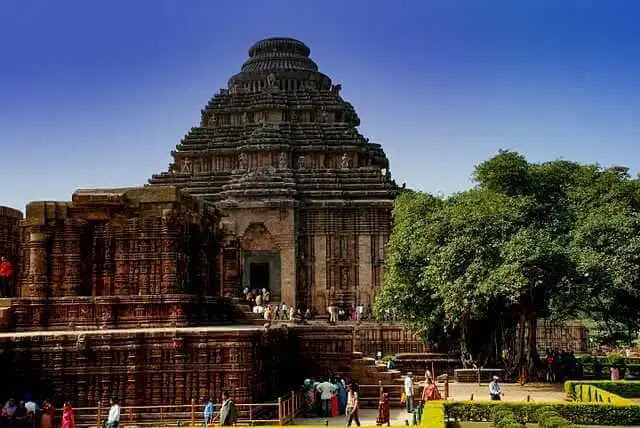 Konark Sun Temple which is located in the city of Konark in the state of Orissa, India. This temple is dedicated to the Hindu deity Surya Dev. Which was built by Maharaja Narasimha Dev I of the Eastern Ganga Empire in 1250 AD. 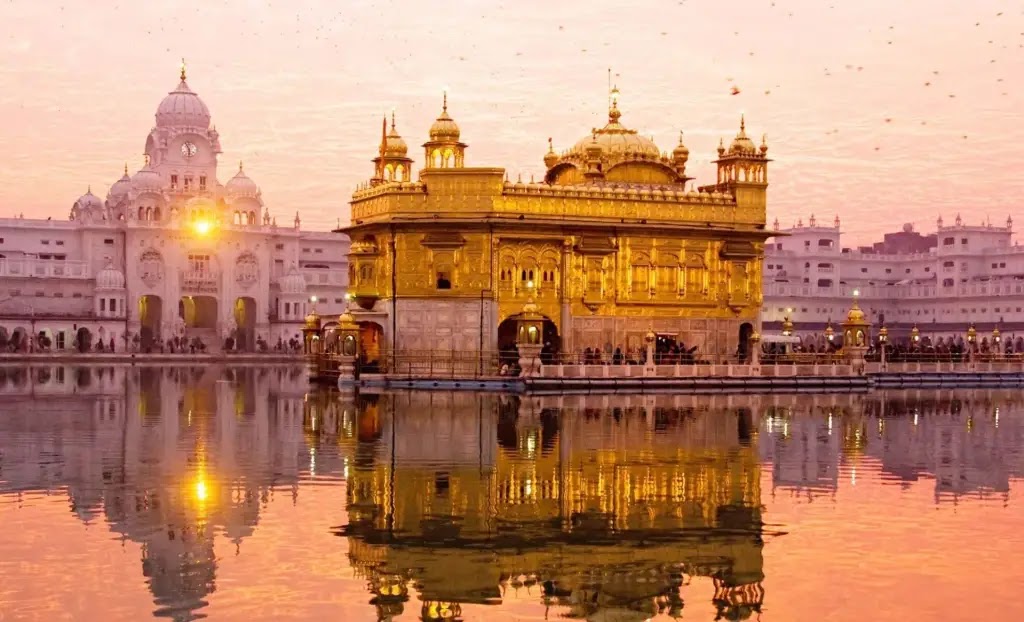 This temple is in the city of Amritsar in the state of Punjab, India. The Golden Temple located in Amritsar, which is also known by the name Har Mandir. It is considered to be the most important of the famous religious places of Sikhism. It was established in 1574 AD by Ram Das Ji, the fourth Guru of the Sikhs. The topmost part of this gurudwara has been built with a cost of about 400 kg of gold. Due to which it was named as Golden Temple.

The "City Palace", which is called the pride of Mewar, was built by Maharaja Udai Singh in the year 1553. City Palace makes you feel the Rajput grand culture. Rajasthani, Moglai, European and Chinese architecture can be seen inside this grand palace. There are eleven more palaces in this grand palace complex. In which Dilkhush Mahal, Bhima Bilas, Krishna Bilas, Moti Mahal, Amar Bilash, Sheesh Mahal and Zenan Mahal are included. 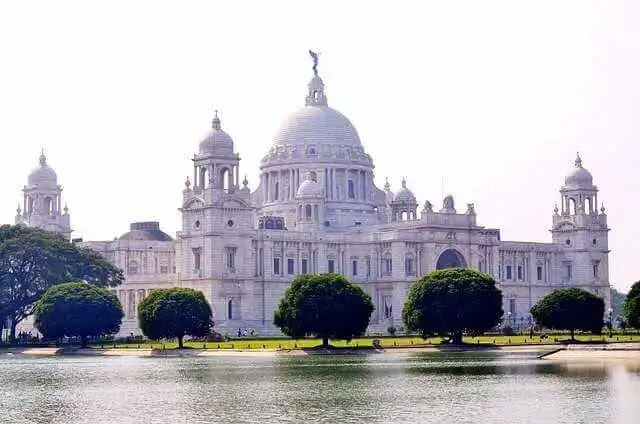 Victoria Memorial in Kolkata is dedicated to Queen Victoria. This palace was built by Lord Curzon between 1906 and 1921. This palace is made of white marble. There are lakes and gardens all around this palace which give a great experience to the tourists. There is also a museum inside the Victoria Memorial. Where more than 3 thousand items are kept. 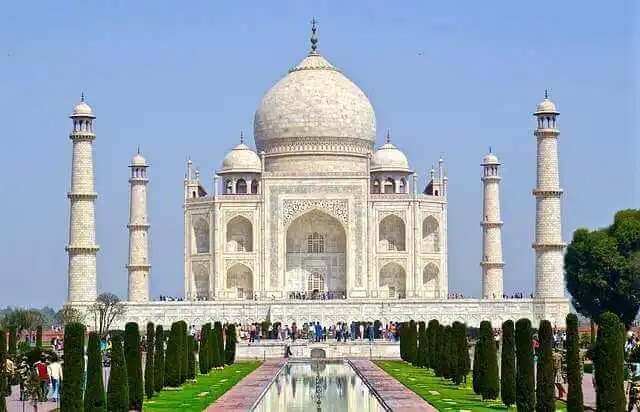 In 1632 AD, the Taj Mahal was built by Shah Jahan in the memory of his beloved Begum Mumtaz Mahal. This white marble building is surrounded by a lush green garden, a bridge and a water fountain. Not only from the country but also from abroad, millions of tourists come to see its beauty. The Taj Mahal is also included in the seven wonders of the world. 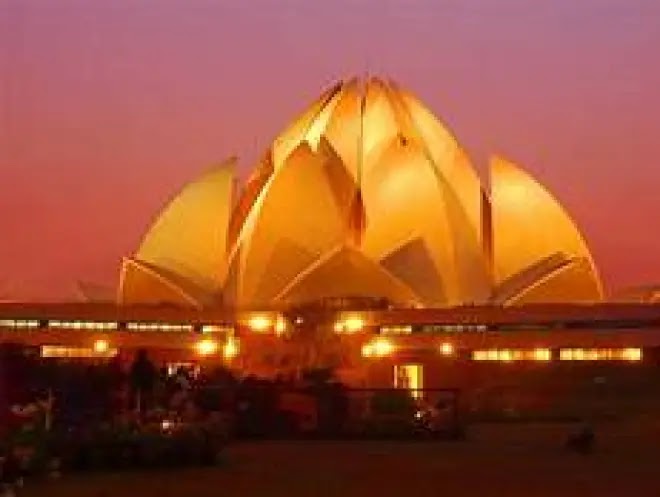 The Lotus Temple looks like a white lotus flower. Which is located in Nehru Place, Delhi. This beautiful temple was constructed in the year 1986. The architect of this temple was a Canadian man. Which was known as Farivoz Sahba.
Today, through this post, gave information about some Historical Monuments of India in Hindi. Hope you will definitely like this post.
Kashem Mir (born 05 Oct. 1998) is a Bangladeshi blogger author. He is the founder of Bangla Zoom. He's official Facebook fan page name "Kashem Mir". He started his blogging career in 20…