The social life of Muslims will be like that

The Prophet (peace and blessings of Allaah be upon him) said: Do not harbor enmity with each other, do not look at each other with envy, do not turn away from each other. All the servants of God become brothers. It is not permissible for a Muslim to break off his relationship with his brother (another Muslim) for more than three days.
When the servant makes Allah Ta'ala his true deity, all kinds of negative tendencies are reduced in him. Those whose hearts are constantly busy revealing the glory of God cannot wander in the lowliness of the world.
Such people live in a society where the fragrance of flowers moves everywhere but does not collide with anyone. Reaching everyone, there is no unfair bias towards anyone. Or they can be compared to light. The light spreads among all, there is nothing to rejoice or fear. 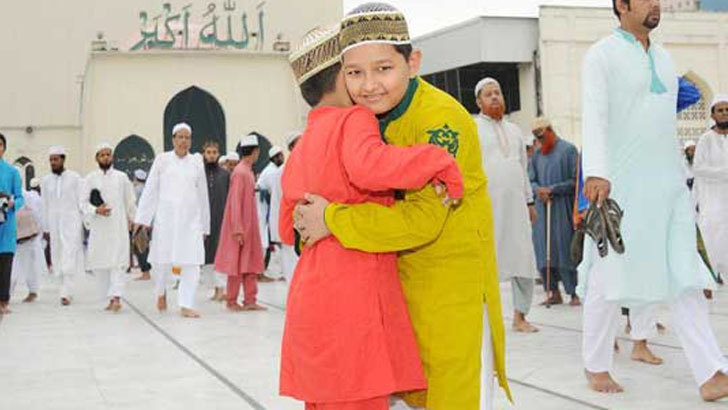 Just as the plants in a garden are together in a group, these people complement each other.
Whether a person acquires full knowledge of Islam or not, when he has a Muslim identity, he should live among his Muslim brothers in such a way that he has no enmity with anyone and does not envy anyone.
They will never get involved in a conflict, even if something bad happens. Everyone will think of God's creation as if the children of a father were in harmony. The person who will create such a mentality in himself, the nature of him will be such that even if he fights with a brother, even if he decides to part ways after the incident, his chest will burst in less than three days.
For the sake of Allah, he will embrace the brother in such a way that there will never be a fight with him.
Currently (1997) the Muslims have forty-three independent territories. Whose population is about 60 million rupees. As a geographic location, Muslims occupy 21 percent of the world's territory. They make up about 23 percent of the world's population. Nearly half of the world's natural resources are in their hands.
But they are the most backward people in the world in terms of education, mutual love and industrial development. Learning from the hadiths, if such a large population is united in a sense of brotherhood, in the true sense of brotherhood, then they will be so strong that neither the courage nor the strength to subdue them will be within the reach of those enemies.
Kashem Mir (born 05 Oct. 1998) is a Bangladeshi blogger author. He is the founder of Bangla Zoom. He's official Facebook fan page name "Kashem Mir". He started his blogging career in 20…