What was the biggest lesson of your life?

This photo was posted on WhatsApp as well as my DP on FB. 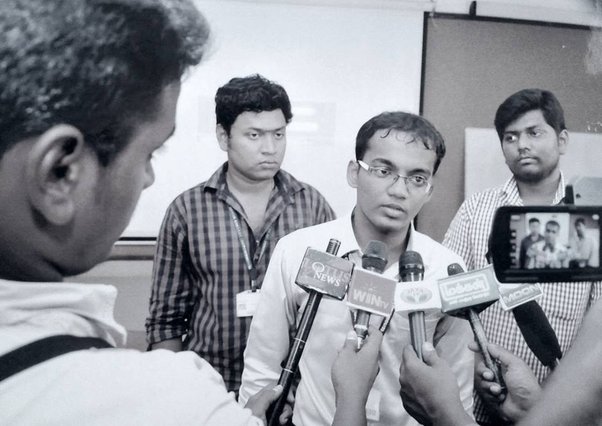 I'm in the middle. This is not a fancy image. I didn't comb my hair and I usually take off my glasses for a photo, but I didn't do it here either.

I was 19 years old when I clicked on this image. I was often considered the weakest and shyest boy in my math class. My teacher often cited me as being average. My parents always said that I was not as smart as my brother.

I take it as a challenge. To prove my parents and teachers wrong, I spent my nights with my close friend studying number theory and trying to discover something new. I thought he might not be good at everything, but of course he would be good at anything. Many days later I developed my own formula based on Zeller's congruence theory.

With the help of my formula, I found that I could easily solve some complex math problems in a very short time. I understand that my formula is enough to break the world record of several popular math wizards.

Applying my own formula, I broke a world record for Shakuntala Devi, an Indian math wizard, who was then 72 years old (four times my age).

Here I, the so-called weakest man in math, ended up setting a world record, which has yet to be broken. The so-called introverted and shy man boldly answers questions from the media in this film.

If there's one thing I've learned in life, it's that it hurts when people around you make fun of you. We respond with anger or tears. I have learned that it is better to respond with actions than with words or emotions.

I am in my twenties now, but I still carry this image on my FB and WhatsApp DP. It always reminds me of one thing: 'You are more than you think you are'.

Important note: after reading the answer, some students told me: 'Wow, I want to do the same thing as you'. My message to them: Students, I'm good at math, that doesn't mean you have to do it or that you have to be successful. If math is something that interests you, definitely give it a try. If not, don't be discouraged. Find something that suits you best and stick with it.

You can be good at other things that I can't be good at. So don't define anyone or me as yourself. Good luck.

Kashem Mir (born 05 Oct. 1998) is a Bangladeshi blogger author. He is the founder of Bangla Zoom. He's official Facebook fan page name "Kashem Mir". He started his blogging career in 20…